Y2K STYLE COMEBACK: INTRODUCING THE “LOW ON THE BRIDGE”

Retro trends are making a comeback in the world of fashion. The “Y2K style” has made an epic return in the last few years and is a trend heavily sought after by fashionistas all over the world. Technological, three-dimensional silhouettes, bright colours that catch your eye, and in particular, glasses worn on the lower bridge of the nose were all iconic elements of the Y2K trend. Resurgence with experimental and futuristic elements, the style has been reinvented into a “newtro” style. For those of you who are still catching up, you should definitely check out the latest fashion tips below!

The term "Y2K" came from a technical term referring to computer programming bugs during the technological crisis. Entering a new era of internet explosion in the late 1990s to the early 2000s, a visual sensory wave heavily influenced by technology, art, and a sense of the future rippled. This type of aesthetics is thereafter named as Y2K style. (Referenced from Wikipedia) 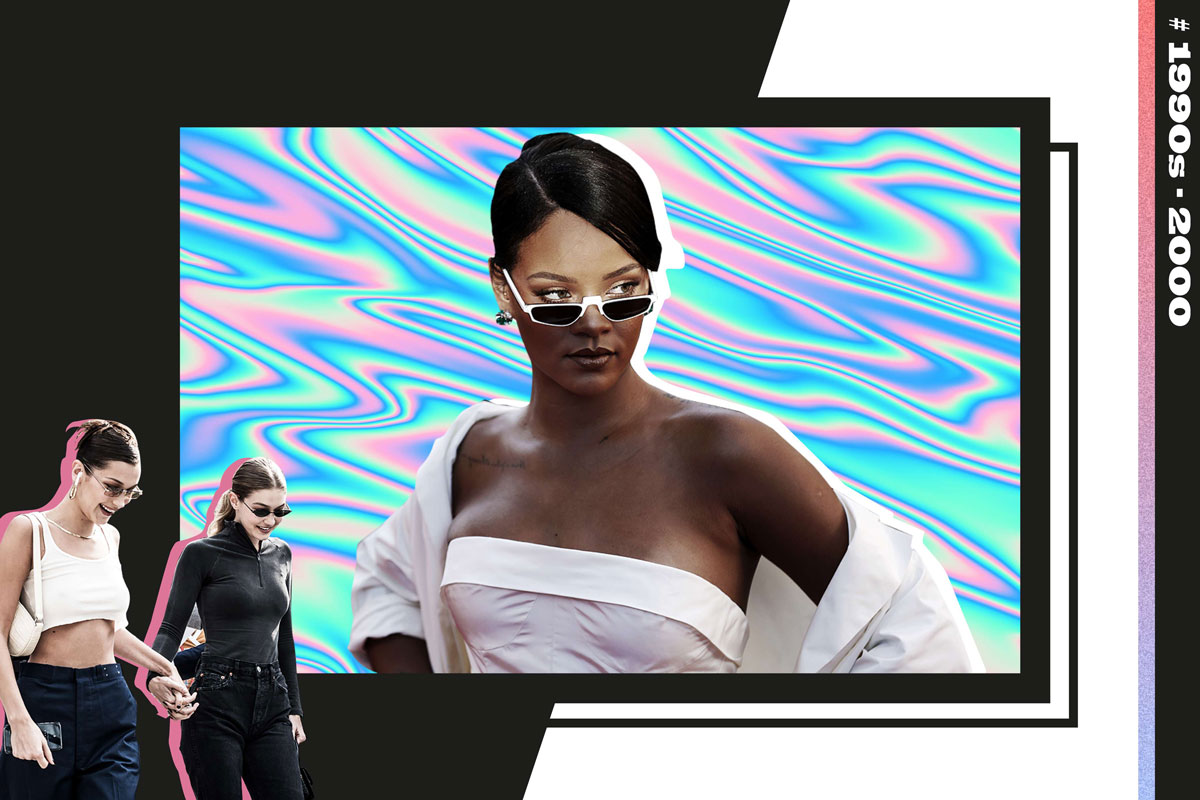 "Low on the Bridge", a style achieved by slightly lowering your spectacles on the bridge of your nose, can be seen on plenty of celebrities in recent years, and has been widely explored as a popular styling component by luxury brands in and out of shows. To cope with LOTB’s revival, many fashion labels worldwide hence launched their own small-framed glasses. "Low on the Bridge" continues to be a big hit, and the choice of glasses is not limited to just small-frames. More and more fashionistas start to play around and interpret with enlarged, more bolded, oversize-framed glasses. This year, Y2K regenerates. "Low on the Bridge" swept the fashion world and evolved into becoming one of the most represented styling candy of the day. On the streets of Tokyo, the international fashion capital, trendy influencers spice up their looks with LOTB, substantiating playfulness, ease and class.

Reliving the trends of the millennium, wide-cut jeans were also an important fashion staple of the time. Styled with a pair of shades to wear “Low on the Bridge” to complete the look.

An eye-catching look wouldn’t be as complete without neon items, which are not only an easy match with plain-coloured shorts, but also fit for mini skirts with prints or bright colours. Last but not least, complete in LOTB style.