Contact Our Specialist
Add To Bag
Reserve and try-on
addedButton

SKU
te006081
Skip to the end of the images gallery 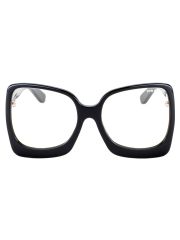 TF0618 Black/Gold Butterfly-style Acetate Sunglasses
Book a product for free and without purchase
1.Product
2.Store Locator
3.Contact Information
4.Validation
Thank you for your submit order, we will send the confirmation e-mail to you soon as possible
Continues Shopping